Last week I gave a talk on the Breakthrough Starshot project at the WORLD.MINDS MOBILITY conference in Zurich. This was a one-day conference of short talks (10~15 minutes) on a variety of topics having to do with transportation and mobility - everything from trains to autonomous flying cars and jet suits. It was a nice change of pace for me and I had a great time. Here’s a video of my talk:

A paper that I worked on with my friends Jeff Lipton and Rob MacCurdy was published in Science! This one was definitely outside of my usual area of expertise, but was a lot of fun to work on. Basically, Jeff and Rob (working with a few other people at MIT) figured out how to put together materials that can expand, contract, and lock into place, similar to how keratin and collagen work in biological systems. I helped by working out the math to describe the motion and locking behavior using a little group theory. In the future, these materials could be used for all kinds of engineering applications, including medical devices, robotic actuators, and deployable structures for spacecraft. 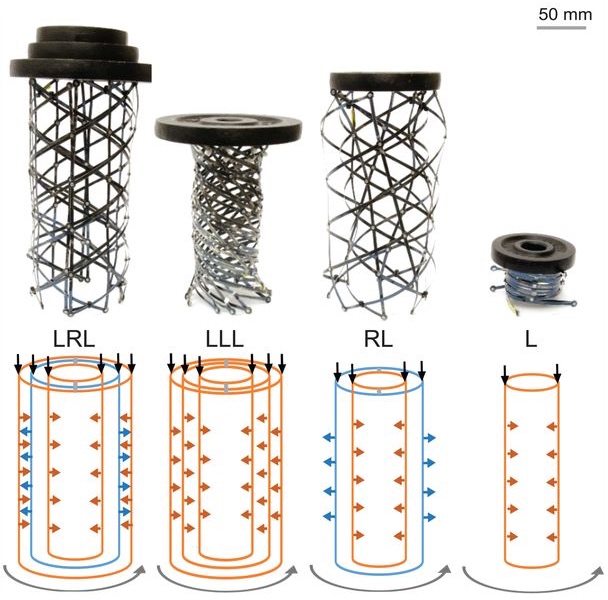 This week I was invited to speak on a panel at the Space Tech Symposium put on by a student group at UC Berkeley called Space Technologies at Cal (STAC). The panel I was part of focused on spaceflight and spacecraft engineering in a university research environment. It was a great event that showcased a bunch of cool student projects, was well attended by people from local Bay Area space startups, and also featured a fantastic keynote talk by Arial Waldman. 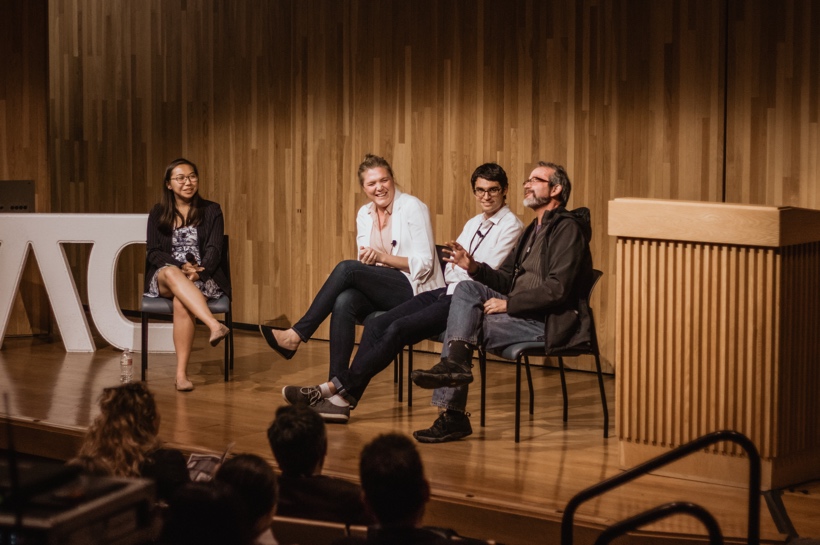 This week I traveled to Munich for the 2018 DLD conference. DLD stands for “Digital Life Design,” and the conference explores new ideas in technology and their implications for business, art, and society. I spoke on a panel called, “The hidden potential of remote sensing, space and data.” The discussion mostly centered on how satellite data is used in Earth monitoring, environmental, and ecology applications, and featured speakers from the World Wildlife Fund (WWF), and Cloudeo, a new startup renting satellite remote sensing data. Check out the video below:

Starting this week, I am now an Assistant Professor of Aeronautics and Astronautics at Stanford. I’m very excited to be joining such a fantastic department. Stay tuned as I set up a new lab here and get into some fun new projects over the next few months.

This week I’m attending the 2017 International Symposium on Robotics Research (ISRR) in Puerto Varas, Chile. Yesterday, I presented some work on motion planning for systems that make and break contact with their environment. This is a really pervasive problem in robotics that shows up in both walking and manipulation. Fundamentally, it’s challenging because impacts and friction lead to trajectories with discontinuities (large jumps in velocity). These discontinuities break a lot of traditional algorithms that rely on derivatives and assume some level of smoothness.

We developed a new, more accurate, mathematical formulation of rigid body contact physics that works well for trajectory optimization. Instead of explicitly reasoning about impact and friction forces, our formulation treats the physics as a constrained optimization problem, where forces are generated implicitly by inequality constraints that, for example, say that objects are not allowed to fall through the floor. Using this approach, we can generate walking trajectories for legged robots like Spring Flamingo without having to pre-specify a contact sequence. You can check out the slides from my talk, download the full paper and get the code on GitHub.

On June 23 the PSLV-C38 launch carried 31 satellites into low-Earth orbit. Among them were Max Valier and Venta-1, built by OHB of Germany, which were carrying six of my tiny Sprite spacecraft as secondary payloads. One each is attached to the outside of Max Valier and Venta-1, and four more are currently housed inside Max Valier waiting to be deployed as free-flying spacecraft at some point in the future. We can now confirm that at least one of the Sprites (probably the one mounted to Venta-1) is transmitting and has been successfully decoded by several ground stations around the world.

This is the first time we’ve successfully demonstrated a Sprite on orbit and, as far as I know, they are the smallest spacecraft ever flown by at least one order of magnitude. I’d like to extend a huge thanks to the Breakthrough Foundation and OHB for making this ride share happen and for helping to advance the state of the art in small spacecraft. Check out the Sprite mounted on Max Valier before launch: 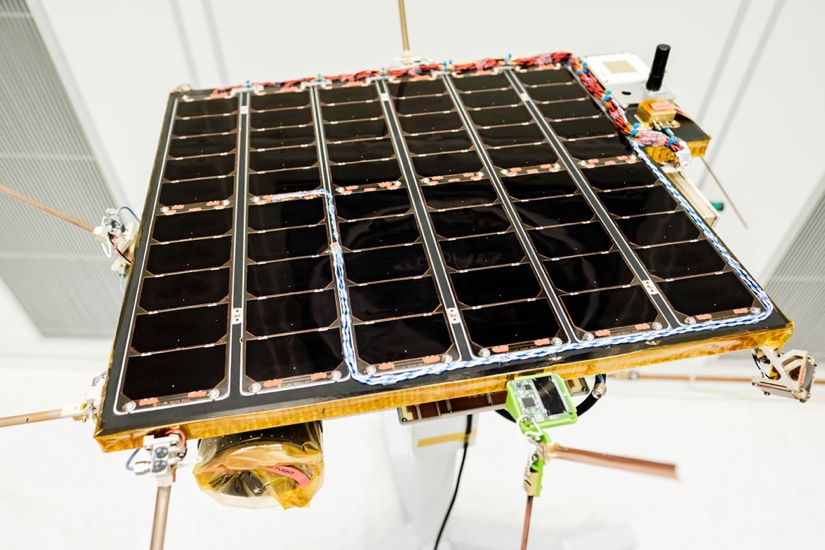 This week I attended the Robotics: Science and Systems (RSS) conference at MIT. I presented some work on robust trajectory optimization, where we explicitly take into account disturbances and modeling errors at the trajectory planning stage to make sure our systems can handle these things in the real world. What sets our new algorithm, DIRTREL (short for “Direct Trajectory optimization with Ellipsoidal disturbances and LQR feedback”), appart from existing methods is that it’s fast and scales up to complex real-life systems. For example, we can plan motions for things like quadrotors with unknown wind gusts and robot arms carrying containers with difficult-to-model fluid slosh. A short video of my talk from the conference is below. You can also download the full paper and check out the code on GitHub.