I just got back from the 2016 AIAA Space Conference in Long Beach, California where I presented a paper that grew out of some work I did on KickSat related the classic flat-spin recovery problem. A flat spin occurs when a spacecraft that is intended to spin about its minor axis of inertia (long axis) finds itself spinning about its major axis of inertia (short axis). This problem dates back all the way to Explorer 1, the first satellite launched by the U.S., and a variety of solutions have been proposed over the years. Most of them, however, are not able to control the polarity of the spacecraft as it comes out of the flat spin, possibly resulting in a 180 degree rotation from the desired orientation.

I discovered a Lyapunov-based controller law that solves this problem, guaranteeing that a spinning spacecraft will return to the desired final spin orientation. In math lingo, the control law is almost-globally asymptotically stabilizing. If you’re still with me, have a look at the paper. Here’s a plot of the trajectory traced out by the angular momentum vector of a satellite during a flat spin recovery using the new controller: 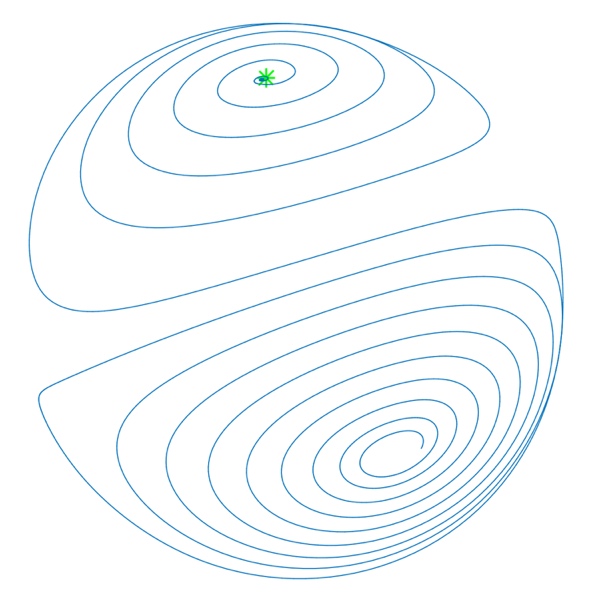